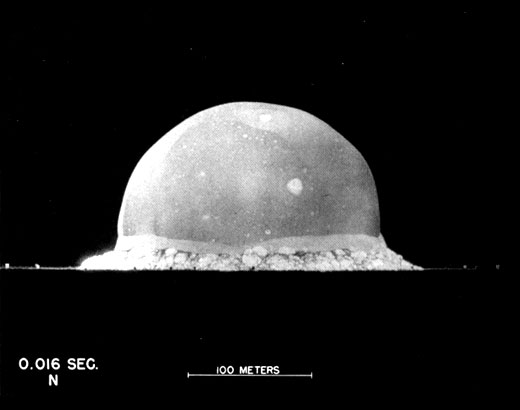 When photos of the first atomic bomb test were published, its blast yield was still classified. But there is enough information in this picture to determine it.

A kiloton of TNT is equivalent to approximately , so yield in kilotons is

Plugging in the numbers from the released pictures, with radius measured from the thin blast wave line rather than the edge of the fireball:

The average over five images is 19 kT, which turns out to be pretty close to the now declassified value. 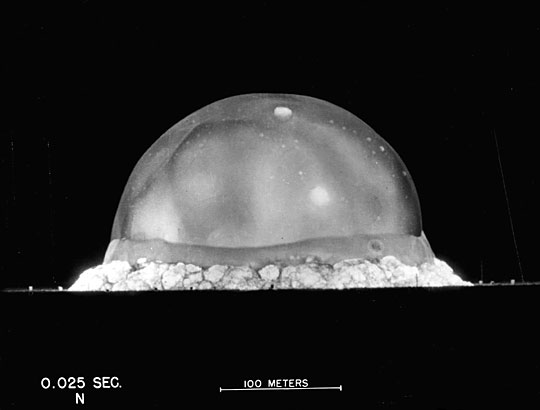 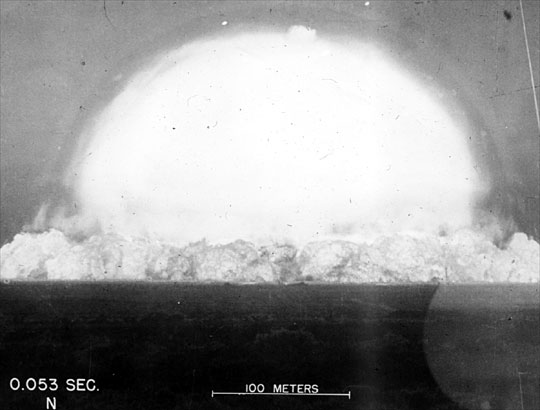 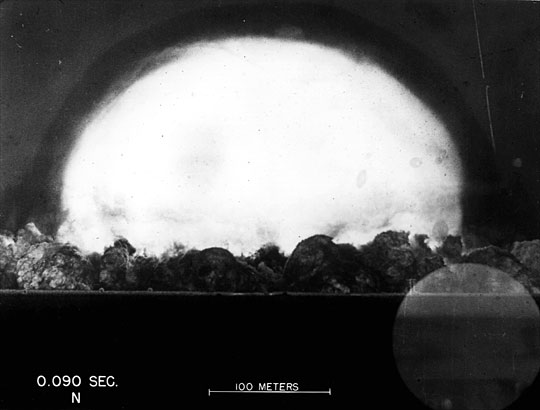 Source: Sanjoy Mahajan, The Art of Insight in Science and Engineering, chapter 5.2.2