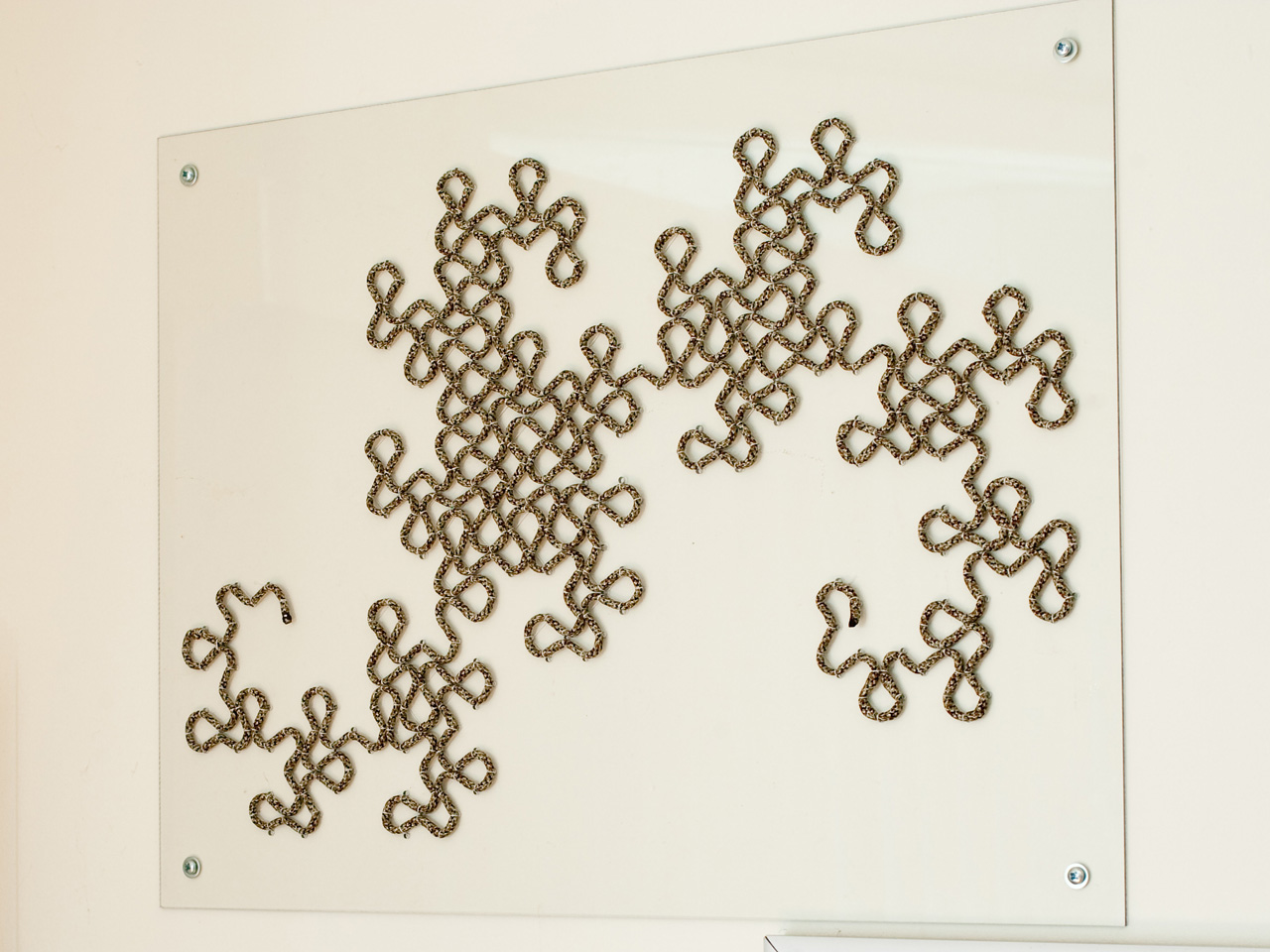 Take a strip of paper and fold it in half to the right. Then fold it in half again, in the same direction. Repeat several times, then open out so that each fold becomes a 90 degree turn. This example uses paracord instead of paper, but idea is the same.

The resulting fractal has interesting properties. It comes close to itself but never intersects. Its fractal dimension is 2, making it a space filling curve. It can be constructed from Gray code. 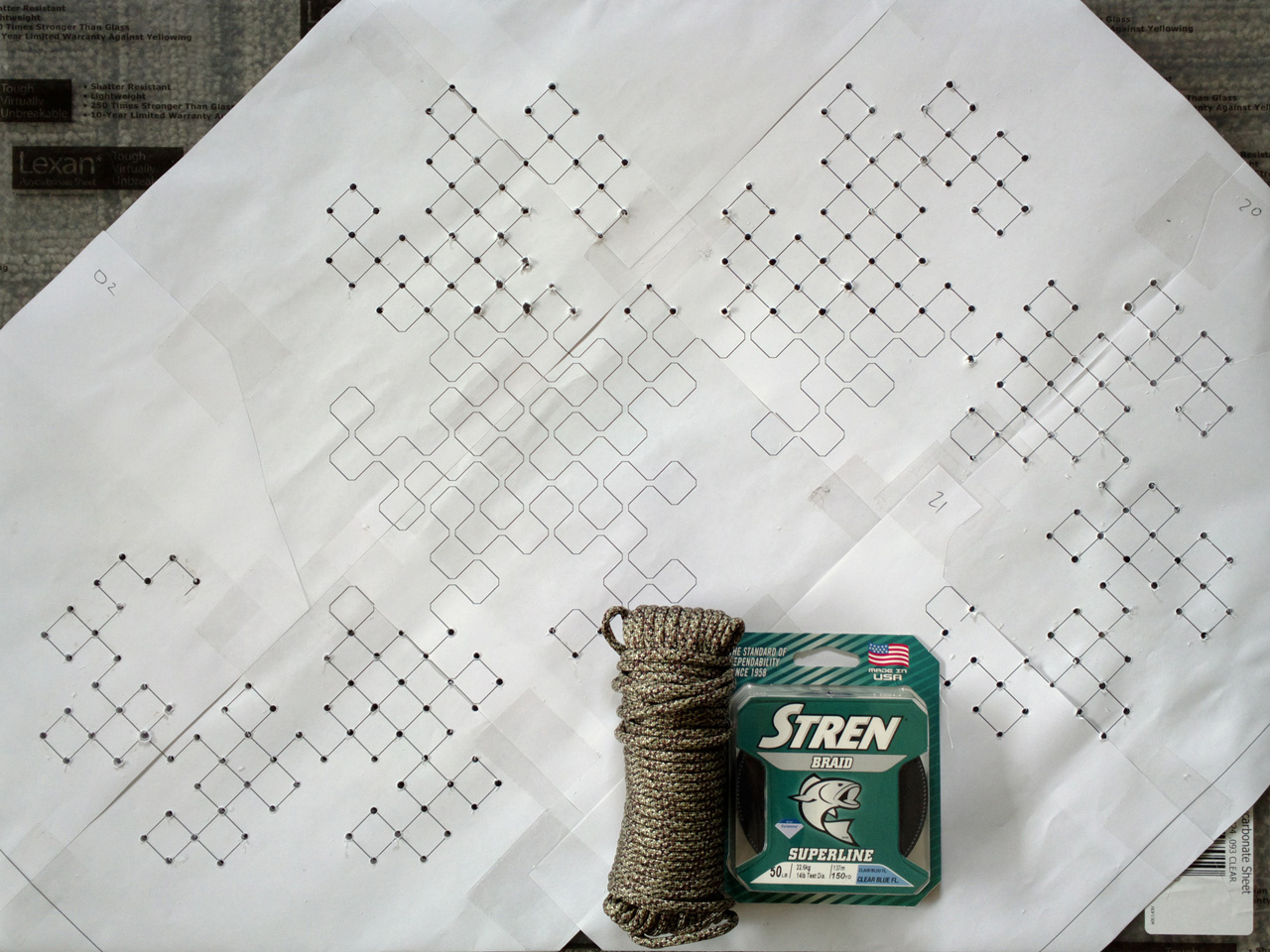 One way to make it is to print a template (e.g., generated by this program), use it to drill holes in the base, then tie paracord to the base with some fishing line going through the holes. 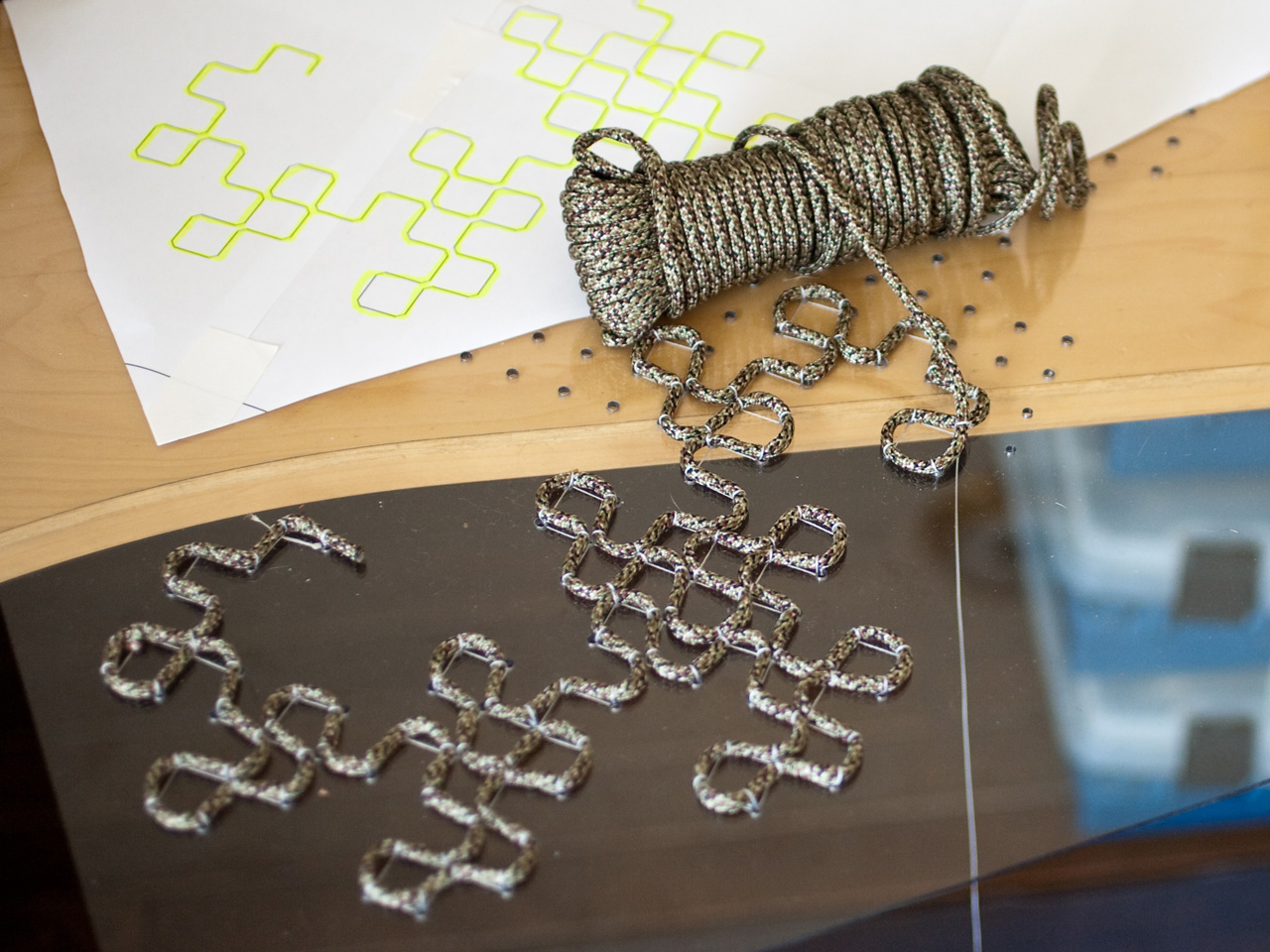