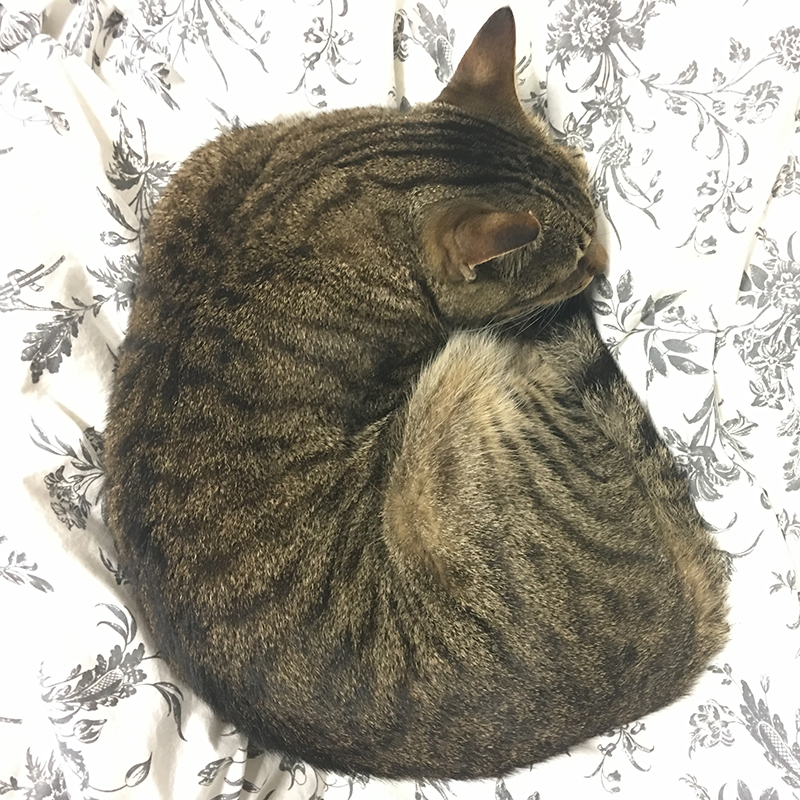 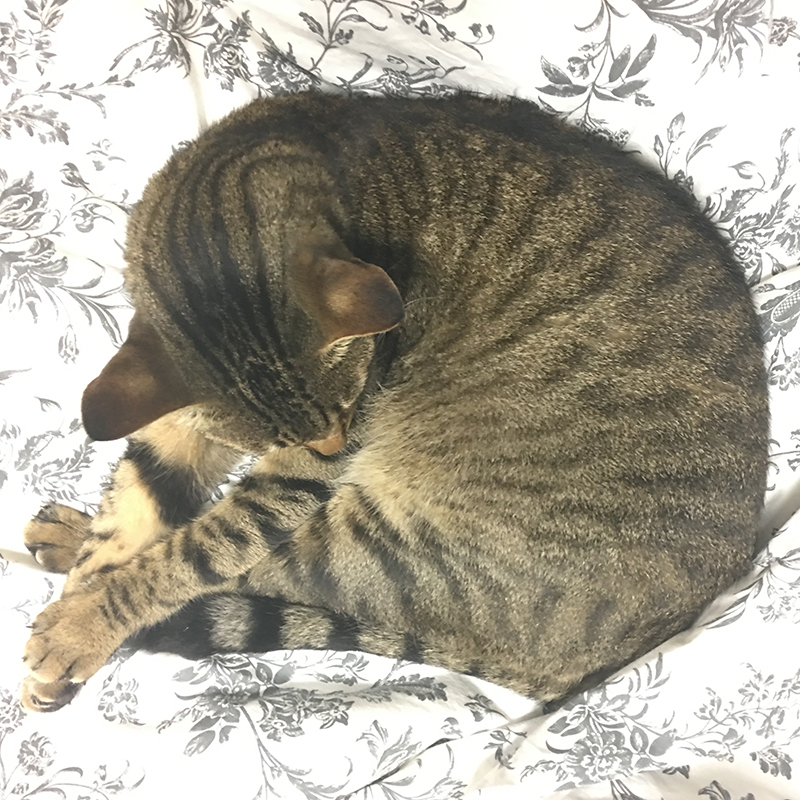 Does your cat prefer to sleep like this ⟳ (clockwise), like this ⟲ (counterclockwise), or has no preference? Let’s figure it out:

Null hypothesis is that the cat does not care, and curls in either direction with probability p0=0.5.

Alternative hypothesis is that the cat does have a preference, and probability of curling in one particular direction is p1 or less.

We want to be able to detect effect of this magnitude or greater (provided that it exists) with probability 1-β. This is statistical power.

The simplest approach is to pick a fixed number of observations (in this case N=199) and critical values. Graphically such fixed sample size setup would look like this:

Horizontal axis is cumulative number of times we have observed the cat to curl clockwise since the beginning of the test. Vertical axis is similar, but for counterclockwise observations.

We start at (0,0), move right by one if ⟳, move up by one if ⟲, and continue this random walk until we hit one of the marked lines that determine the outcome. Blue line shows one example.

The fixed-size test requires us to wait until all N observations are collected before drawing a conclusion. Even if we observe 100 consecutive ⟳ and no ⟲, we still have to keep going, otherwise the result won’t have the nice statistical properties.

A better approach is to use sequential test with early stopping, similar to one described by Evan Miller. We don’t have a control so can’t use that calculator or tables directly, but it’s not difficult to do it from scratch in R, and while we’re at it, run some Monte-Carlo simulations to confirm that the math works out.

The following R code can be used to determine M and D.

It builds two Pascal triangles trimmed at ±D, one for the null hypothesis and another for the alternative hypothesis. It starts with low values of N and D and keeps increasing them until both α and β are met. 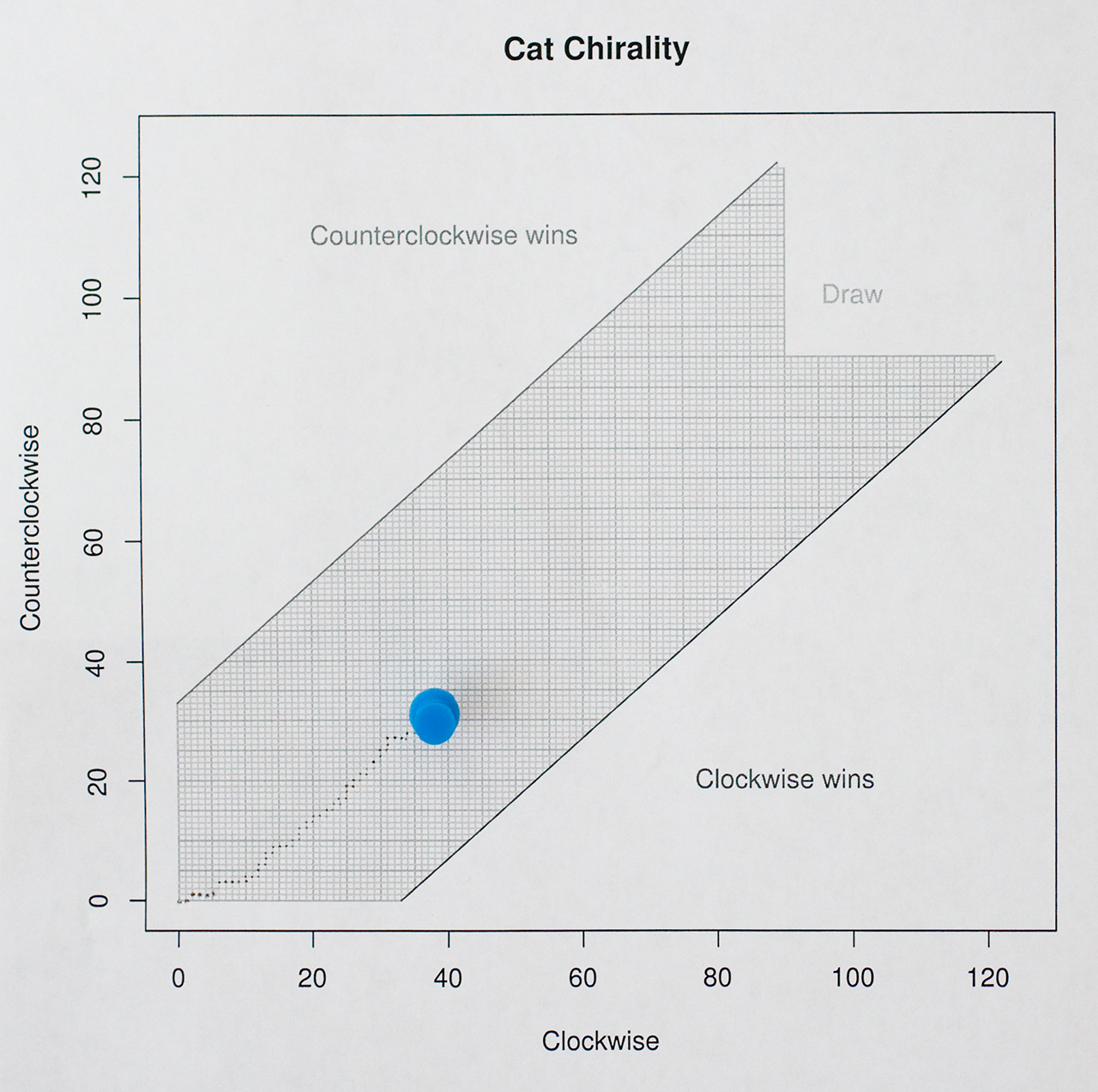